Placing at a pageant is great; you came and did your best, and get to walk away with scholarship money. You may have learned what you need to do better for next time. None the less, you more than likely will compete again, with hopes of having your name called last.

But alas, a list of the Top Five placements of each of the 2014 Local Pageants. Runners Up who went on who win a local title are noted. 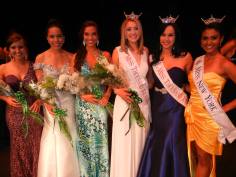