Many of the Miss New York 2014 local titleholders took the weekend off to travel to Atlantic City and watch as their pageant sister, Kira, competed for Miss America. Needless to say, no one was let down as Kira took the crown. Lauren, Miss Mohawk Valley, shares her experience. This multifaceted post touches the charisma Kira gave off the first time Lauren met her, Kira’s talent (as a vocalist about a vocalist), and the scoring breakdown. It’s great to see the sisterhood and friendship continue at every level.

I can’t even describe how excited I am! I mean, it might be the sleep deprivation, as I am running on around 3 hours of ZZZs, but I doubt it.

Jack Dyville, our producer for the Miss New York 2014 pageant, called it- Lightning Struck again! Kira Kazantsev was crowned Miss America 2015 last night in Atlantic City and I was there to witness this historical moment! :) 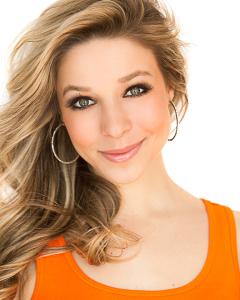 Never in Miss America history has a state won the coveted 4-point crown 3 years in a row. But of course, that didn’t mean we as a state weren’t wishing Kira would take the crown after Nina Davuluri. After all, New York has a history full of firsts: