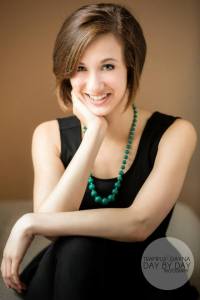 Who is Willa Hahn?

Why did you begin competing in pageants?

I entered my first local pageant in West Virginia on a whim—I had always watched Miss America and Miss USA, but I didn’t know much about them and was just curious. But after that first pageant, I realized the power of being involved in MAO. Competing in the Miss America system and representing my platform has really helped me to find my voice.

What do you hope to gain, other than a title?

I think what I’ve already gained is a group of the most amazing friends a girl could ever have. That sounds cheesy, but it’s so true. I’ve never met a more positive, supportive group of girls and I’m so lucky to have all of them in my life.

Which is your favorite phase of competition?

I’ve always been a singer and a performer, so the talent competition is where I feel most confident and most at place. But—and I never expected to say this—the swimsuit competition is one of my favorites too because it’s a chance to just go out on stage and strut your stuff and have fun, and I’ve found it to be really empowering.

Why did you choose your platform?

I’ve always been very interested in politics. I never had any interest in watching sports, so I always say that pageants and political debates are my version of football. But with the 4th lowest voter turnout rate in the entire country, obviously a lot of New Yorkers don’t share my enthusiasm toward politics. I chose Youth Involvement in Politics as my platform because I think it’s time for a change—I think it’s time to reinvigorate democracy and empower voters again, and I think we have to start by educating young people about politics and encouraging them to vote and get involved and pursue political careers.

What do you plan to do with your experiences after you age out of MAO?

I have a few years left before I have to put away the crowns, but I already have big plans. I plan to pursue a career in broadcast journalism as a reporter with the ultimate goal of becoming the next Joan Rivers and hosting my own television show. I think MAO is the perfect training for that kind of career because it’s taught me how to talk to all kinds of different people and network and put myself out there, and that’s what it takes to have a successful career in television.