*The 2014 local titleholders have been very busy this week, promoting their personal platform and serving the local communities. Hours of dedication go into being a titleholder and representing the region, both before and after the State Pageant. This is not an extensive list of every titleholder’s journey, but rather a peek into their very active reigns. Some events may have been missed or omitted. Please follow each titleholder’s individual journey on their personal blog or fan page. Highlights of the great work done by Local Titleholders this week.

END_OF_DOCUMENT_TOKEN_TO_BE_REPLACED 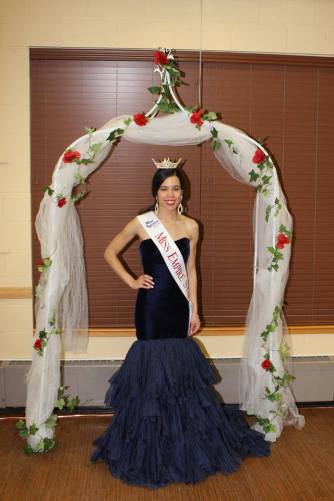 Two years ago, Sarah Hreyo had the once in a lifetime opportunity to serve as Miss Westchester, and represent her community in the Miss New York USA pageant. Bitten by the pageant bug, and looking for the ability to further promote her platform and connect with people and organizations while earning scholarship money as a titleholder, she began competing in Miss America locals at the beginning of this year. Placing consistently throughout the year but not going home with a crown, Sarah decided to compete in her last pageant, the Empire Triple Crown, without the stress from trying to win. Low and behold, despite only being eligible for one of the three titles, she is now representing her community again, this year at the Miss New York stage.