END_OF_DOCUMENT_TOKEN_TO_BE_REPLACED

This weekend is the second annual Miss Buffalo pageant under the current director. The team has grown significantly since last year, and has great talent behind the scenes to make sure the Miss Buffalo pageant is a success. There are 17 ladies from Western New York competing for the coveted crown and chance to continue to the Miss New York pageant in May.

The Miss Buffalo pageant is one of the longest running (non-consecutive, with gaps and different directors) pageants in the country, with an extensive legacy and a handful of strong titleholders making a splash at Miss New York each year. Many Miss Buffalo titleholders have gone on to represent Buffalo at Miss America and others have captured the Miss New York crown. It is also one of the largest providers of scholarships in the local circuit, awarding $4,000 to the winner and more to the runners up. The Miss Buffalo title is a limited title, open to girls in Western New York only, with hopes of encouraging a stronger sense of pride towards their titleholder in the community.

END_OF_DOCUMENT_TOKEN_TO_BE_REPLACED

This weekend is the 18th annual Miss Finger Lakes and Miss Upstate New York pageant. This year 14 beautiful ladies and 4 terrific teens will be competing for four crowns and entry to the 2016 Miss New York and Miss New York’s Outstanding Teen competitions.

The Miss Finger Lakes Pageant has been going on for nearly two decades, with an extensive legacy, and even a few state titleholders. Since adding the Miss Upstate New York title, the competition was open to girls north of the Bronx. However this year, in an effort to increase the number of locals girls are eligible for, the pageant opened statewide. Once again, the dynamic duo Lorna Rose, Miss Finger Lakes 2009, and Allie Curtis, Miss Upstate New York 2012, will be returning to host the event.

Kerisa Bonville dedicated her time as Miss Finger Lakes advocating for anxiety and depression disorders. She attended many events throughout the Finger Lakes, and across the state. She visited schools, was interviewed on local news stations, and volunteered with the animal shelter. She even represented the Miss Finger Lakes title as a speaker at the International OCD Foundation Conference in Boston, Massachusetts. Most recently, she attended the Miss Flower City 2016 pageant, where she performed the National Anthem. 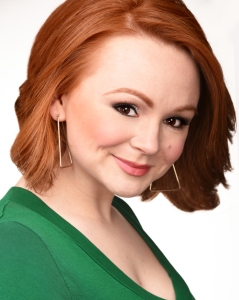 Lauren Crandall split her time as Miss Upstate New York quite literally serving across upstate New York. She attended parades, held workshops at schools and with Girl Scout troops, attended rallies at the Capitol, and was a keynote speaker at a Lavender Graduation Ceremony and a Breaking the Silence to End Domestic Violence Conference.She dedicated her time promoting her platform Helping Students Thrive: it’s EASY, which shows the community that Education, Advocacy, Safe Spaces, and Youth Groups are vital to a student’s success in school and life.

END_OF_DOCUMENT_TOKEN_TO_BE_REPLACED

This upcoming weekend is the Miss Staten Island’s 50th Anniversary dual crown pageant!  Twenty beautiful young ladies between the ages of 13 and 24 will compete for two Miss and two Teen titles, and advance to their respective state pageant. The one lucky lady who wins the title of Miss Staten Island will receive a commemorative 50th Anniversary banner, just as Miss Thousand Islands 2015 did.

This year the eligibilities were extended to offer more opportunities to contestants who are not able to complete in more pageants. Each of the titles have a different regional eligibility, and come with a different set of responsibilities.  The contestant list is made up of three first time competitors, three former titleholders, and two 2016 runner ups (three if you count Lauren twice). The skill levels are diverse, the talents are diverse, and there is no clear “front runner”. It goes without saying that whoever is crowned will go on to make the state proud as representatives of the greater Syracuse region.

Top: It would be easy to assume Ashley Davis and Cassie Paradise will take the crowns and Nicole Doz will make the Top 5, based only by their past.  But last year two first-timers took the crowns. It’s impossible to know who is going to win, especially with so many first timers, without knowing exactly what the judges are looking for and how the girls will perform. Strong girls have bad days, new girls can shine, and seasoned veterans are constantly improving. No matter which girls walk away as the newest members of the Miss New York Class of 2016, it’s because they put their heart on the stage and earned it.